SRG Thai Boxing Gym has a few events coming up in the following 2 weeks and you should try to get amongst it.

This Saturday, the 5th of October, we will have the SRG KIDS GRADING, here at the gym, and during the Kids training session. All kids that graded in the past MUST BRING their original Mongkongs in order to get their new level added up (if you pass the test, of course). If you are doing your first Grading at SRG, come see us at reception prior to your grading time, and we will get your first Mongkong. All kids that have previously graded DON’T NEED TO PAY, only the ones having their fist grading need to pay, and the payment reflects the price of their Mongkong.

Next week, on the 11th of October we are back in action. Maggie SRG Hajduk will be representing us at the Showdown 8, at the North Sydney Leagues Club. Tickets are at the SRG Reception and cost $70. If you have the chance, come next Friday night and support her on this great challenge. Maggie has been training really hard and is ready to put on a show, and you should not miss that.

The day after, on the 12th of October, we will head down he shire for the Fire in The Shire Promotions. An authentic Muay Thai show that will be held at the Sharks Leagues Club, in which we will have 2 of our own representing the familia. Edimar SRG Teixeira and Paul SRG Rogers. The boys have been training the house down and will sure bring the fans to their feet. Edimar is doing a rematch against an opponent he previously beaten, when they both competed as Amateur Nak Muays. Both boys now are emerging through the Pro scene and have everything to be the fight of the night.

Paul is as tough as they come and will, with 100% certainty, entertain you (if you are a fight fan). This is another event sanctioned by Muaythai Australia NSW, and has everything to be a cracker.

Tickets for Fire in the Shire are not in the gym as yet, but they sure will arrive some time soon. Come and watch them all in their final days of preparation for their battles and see it for yourself what it takes to fight out of SRG Thai Boxing Gym.

We hope you all had a great week and are fully recharged for another week of hard and solid training. See you in the gym, SOOT RAAENG GEERT! 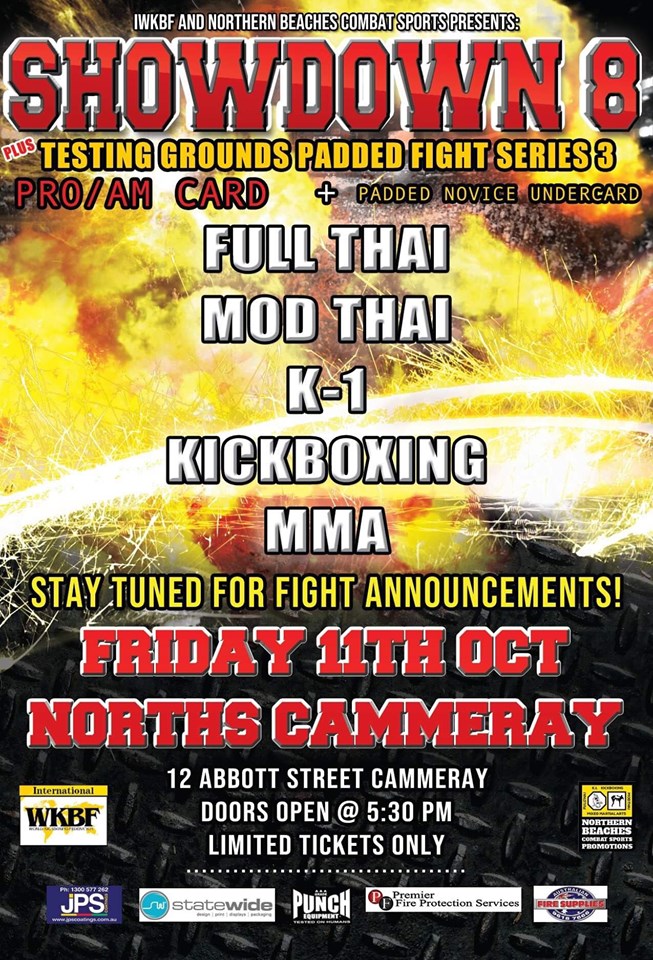 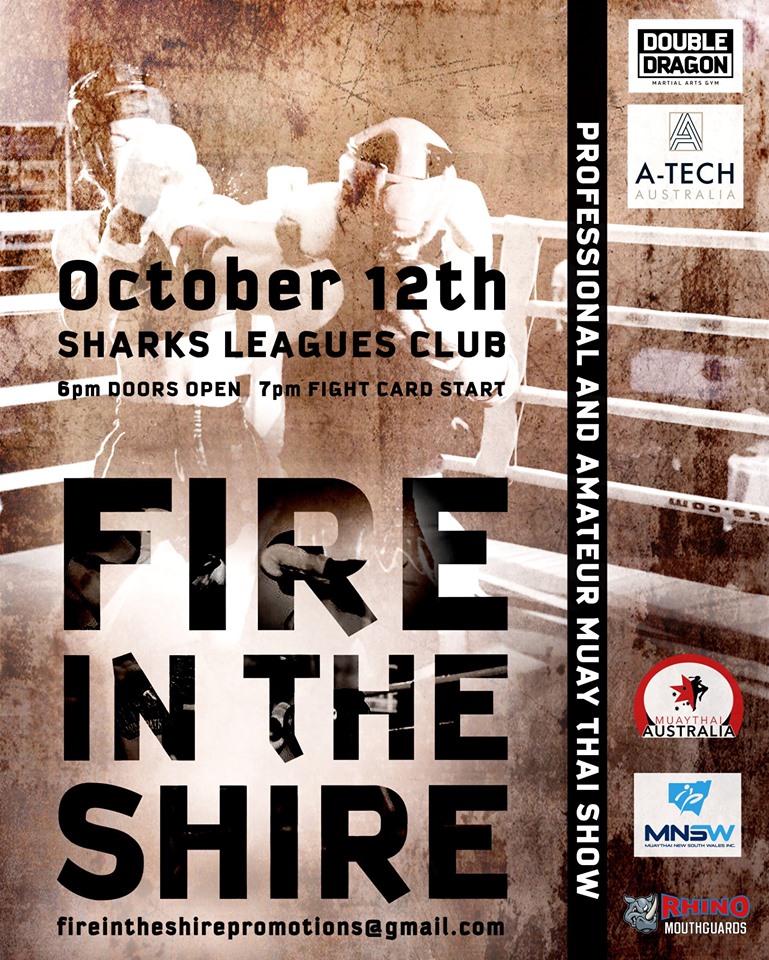 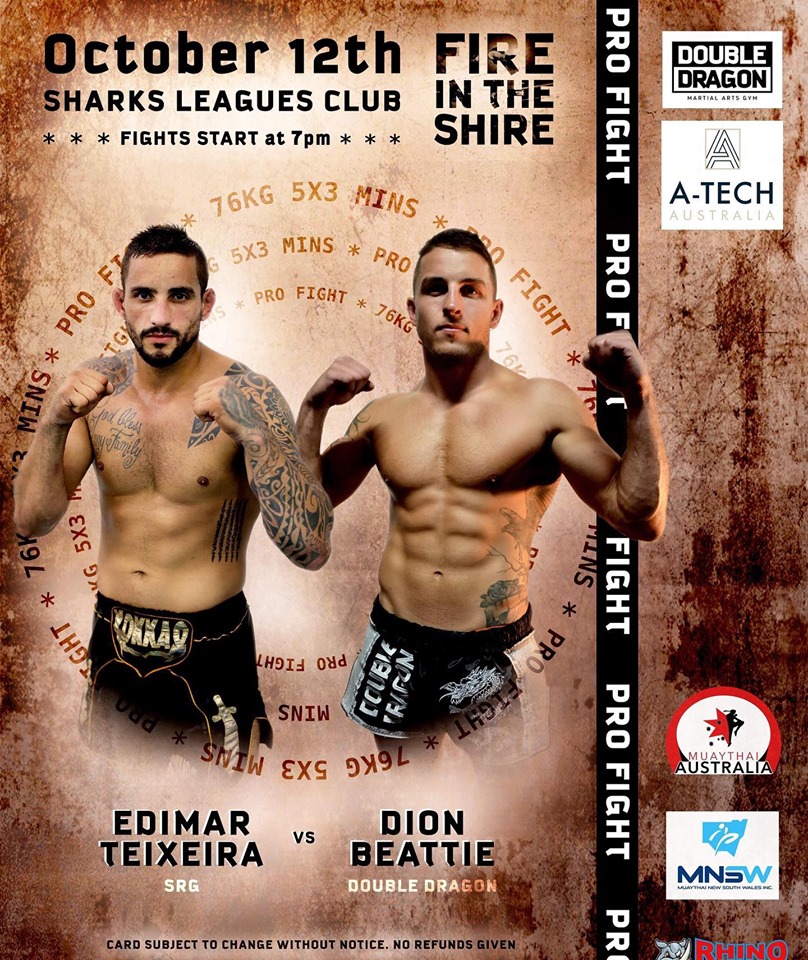