Another amazing weekend of fights in Sydney, a really good atmosphere on the show and also lots of new faces in the ring for their fist times.

It’s always a really good indicator when you see new faces in the scene, it means that lots of gyms around the country are doing a fantastic job in bringing new amateur fighters to the Muay Thai circle, and seen them in action, having those first goose bumps and fighting (mostly against themselves and their own adrenaline) their heart out makes it all worth it.

From SRG Thai Boxing Gym we had 4 of our stable of fighters competing on Siam2Sydney Promotions at Auburn Basketball centre.

We had Joh, Kong, Adam and Cale and they all did us very proud, showed to everyone how big their hearts are and got the crowd excited in watching them perform.

First we had our young gun, absolute machine, Cale SRG Wild. Cale is such a good kid, very centred and responsible for a 14year old, he loves Muay Thai more than anyone. Trained so much for this fight, ran every single day and trained together with our Fight Team everyday of his prep camp. Not many kids are like him and we are so proud of the young man he is becoming, and for the amazing performances he is bringing to the stage. Cale won with great technical display and we can’t wait to see him back in the ring.

Then we had Adam SRG Simpson representing us. Adam went through a hard camp for the fight, got sick a week out of the fight but still pushed through and went out ready for anything. Unfortunately he couldn’t perform to the best of his capability and came out short with a points loss. Adam is a very technical fighter and has performed many times already making us all proud. We are sure to see him back in action shortly and that he manages to bring the best out of himself then.

Kong SRG was our first in the pro card, and what a card by the way. Lots of great fights lined up for the Pro Siam2Sydney card. Kong fought a tough Oliver from VT1 and they both fought their hearts out and made everyone happy with their performances. Kong hasn’t fought in a long time and we can’t wait to see him compete with rhythm and precision. He won by points decision and we all had a ball.

Then we had Joh SRG Yodthongchai. Joh is well known for being a machine, a serious and absolute machine. We didn’t expect him to perform as such, after a long time outside of the ring, Joh came out showing why everyone knows him to be such an amazing fighter. In our eyes, of course, he outscored his opponent in every single round (he could’ve lost round 3 due of being caught with a couple of elbows, one in which made the ref open an 8 count against him) but we have watched the fight now a few times and there isn’t a reason why he would lost that fight. The ref as well told us that he wasn’t clinching (as the ref was stopping the clinch at the very start, most times, and told us in the corner that they were not clinching, we still not sure about what they were doing if not clinching, but i guess we will find out in the future).

Joh even gave an 8 count to his opponent with an incredible head kick in the last round and we thought that then, he was sure to have the victory. We were surprised by his lost, in a MTA (Muaythai Australia NSW) sanctioned show, in where we have the utmost faith in the rules, but i guess the phrase that goes “It’s the fight game” will never get old. It was the fight game, and we hope to see him back in action destroying everyone on his way. See you all at training, SOOT RAAENG GEERT! 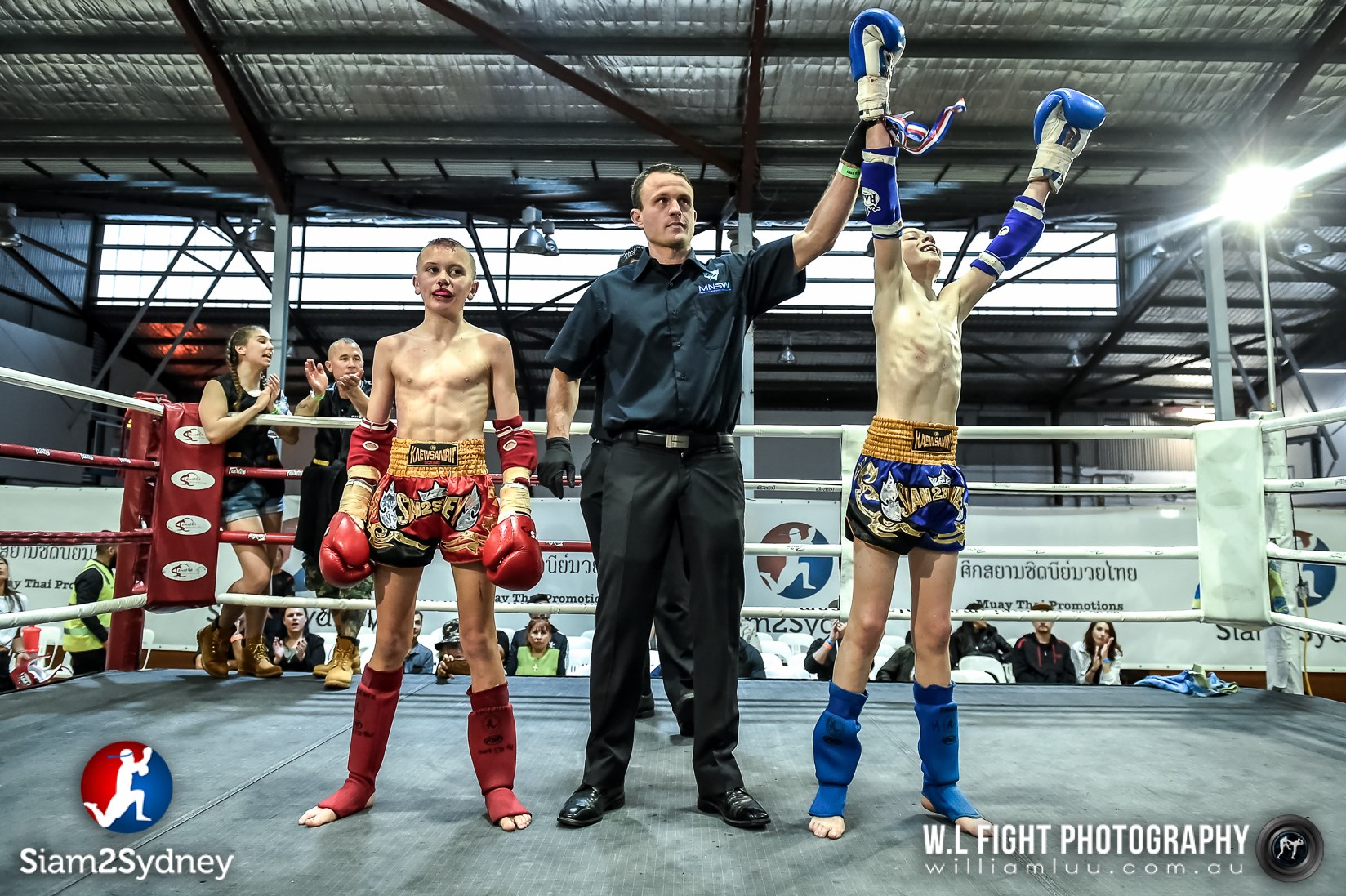 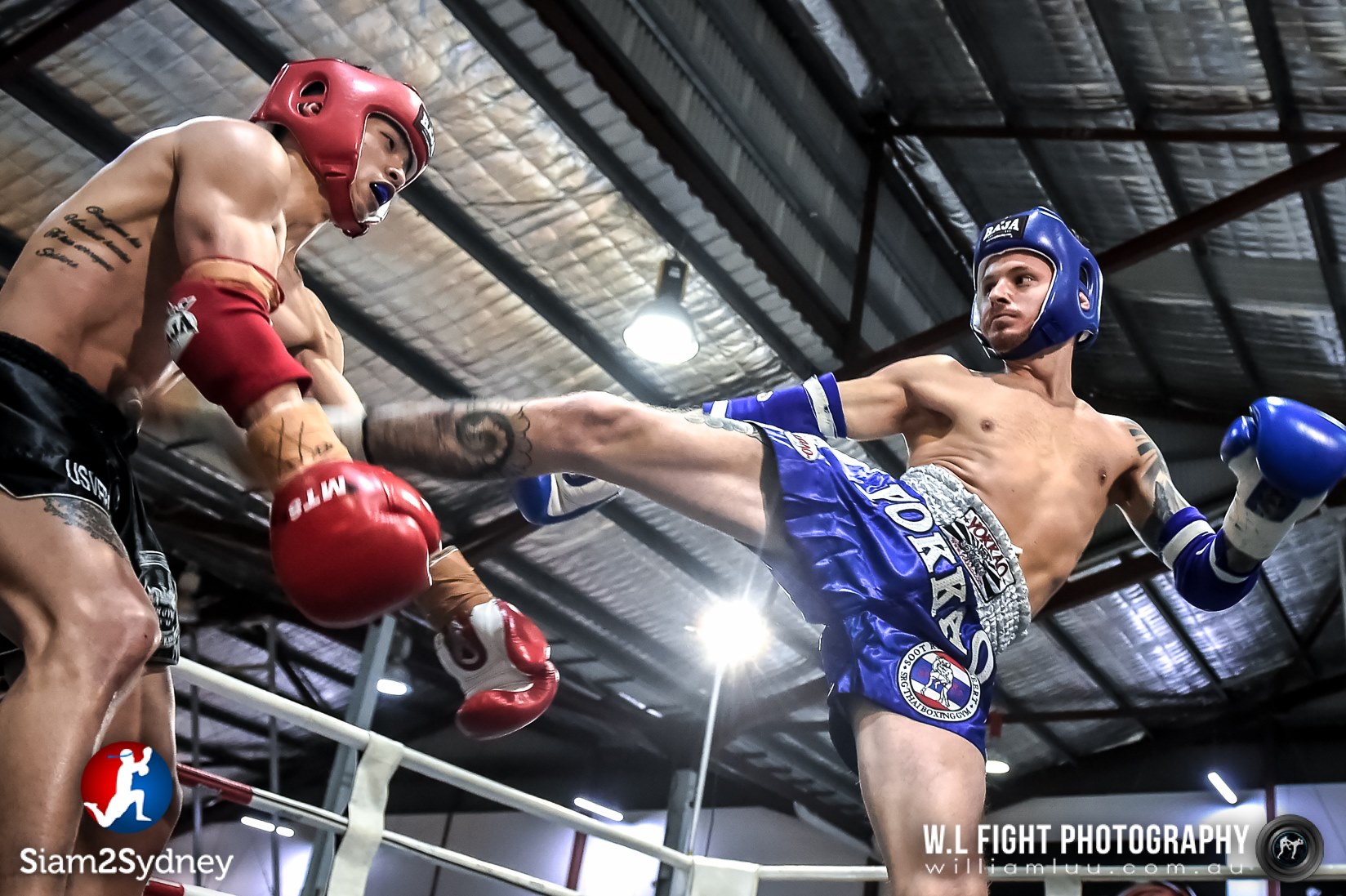 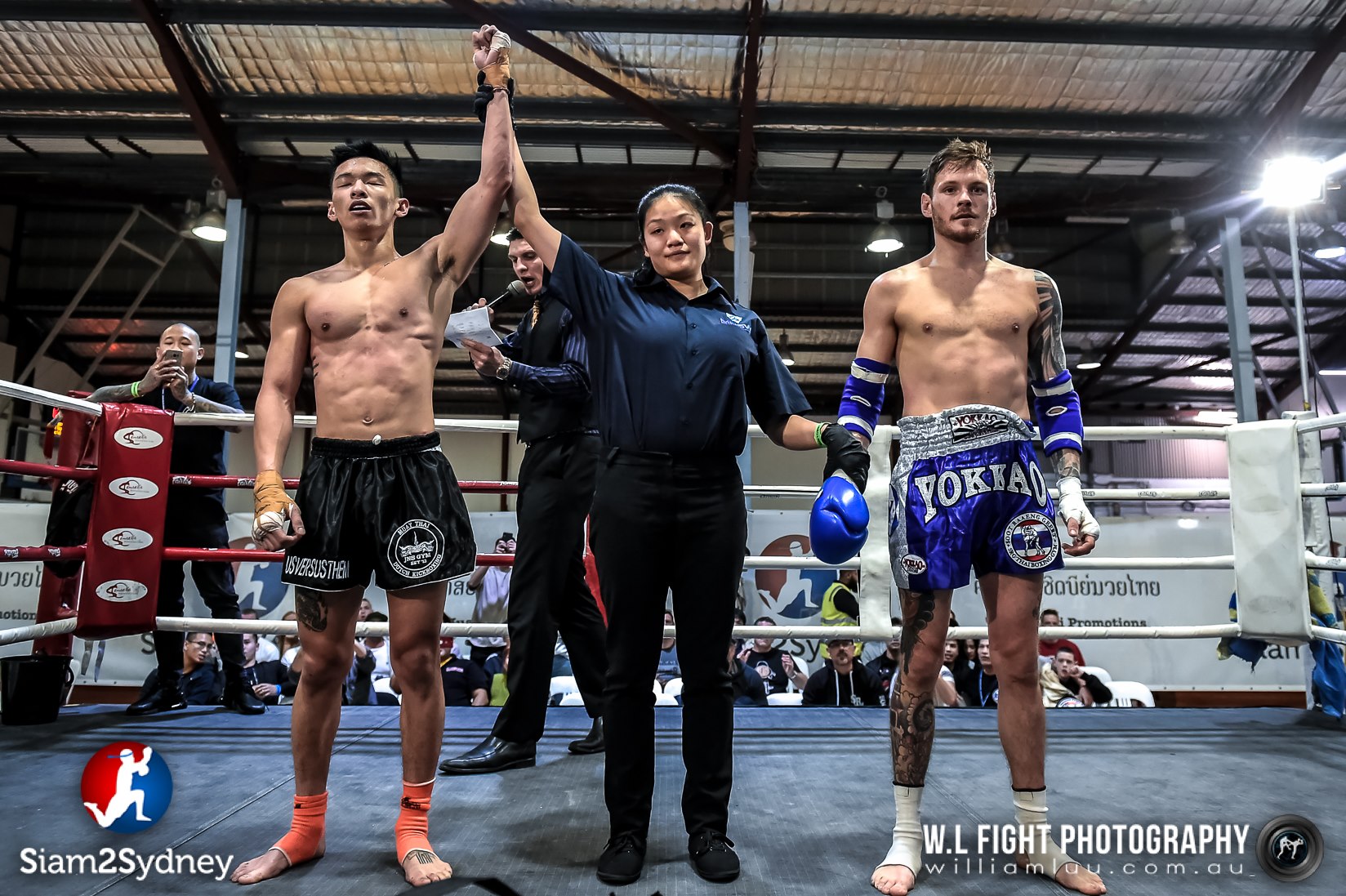 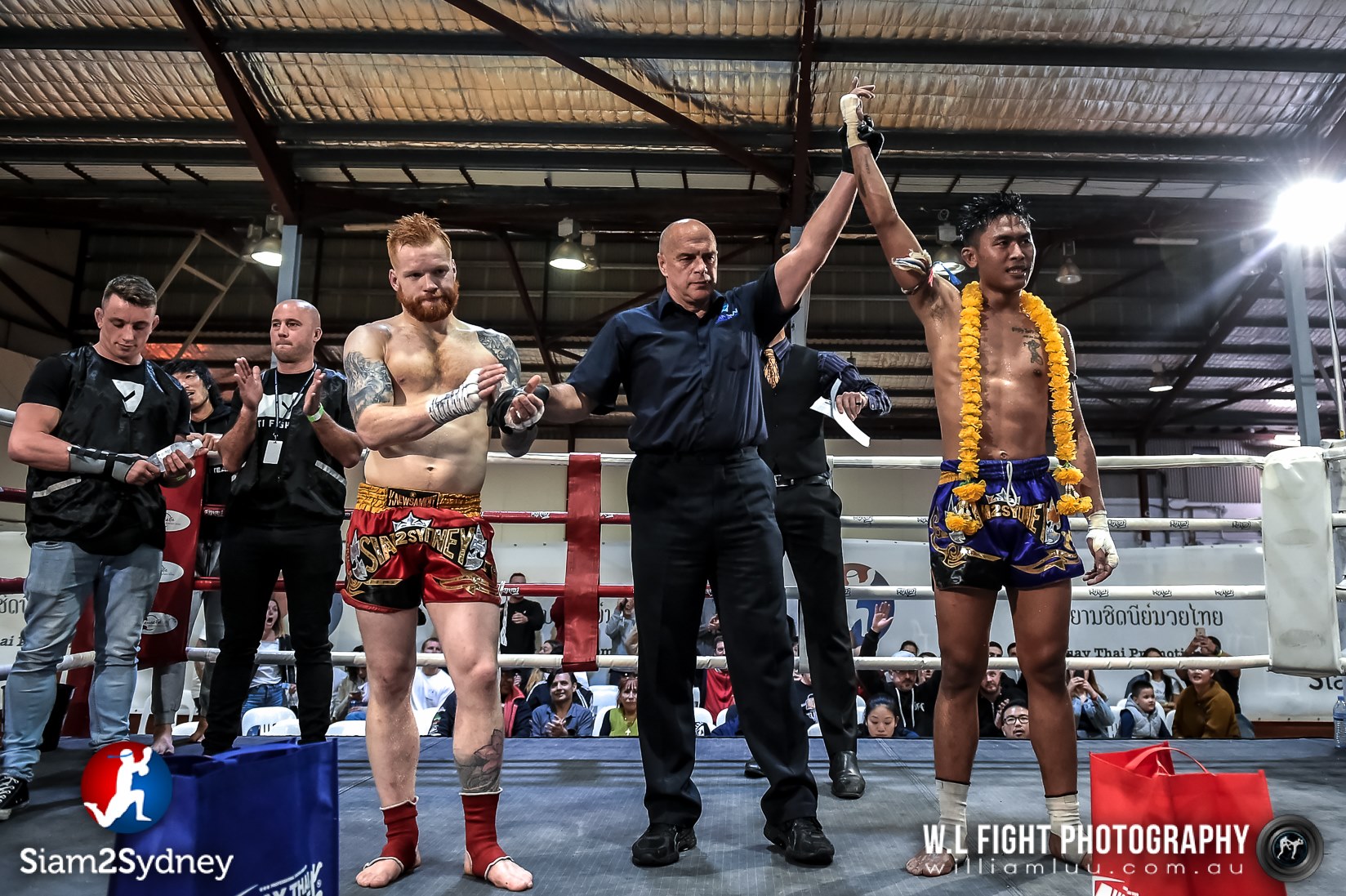 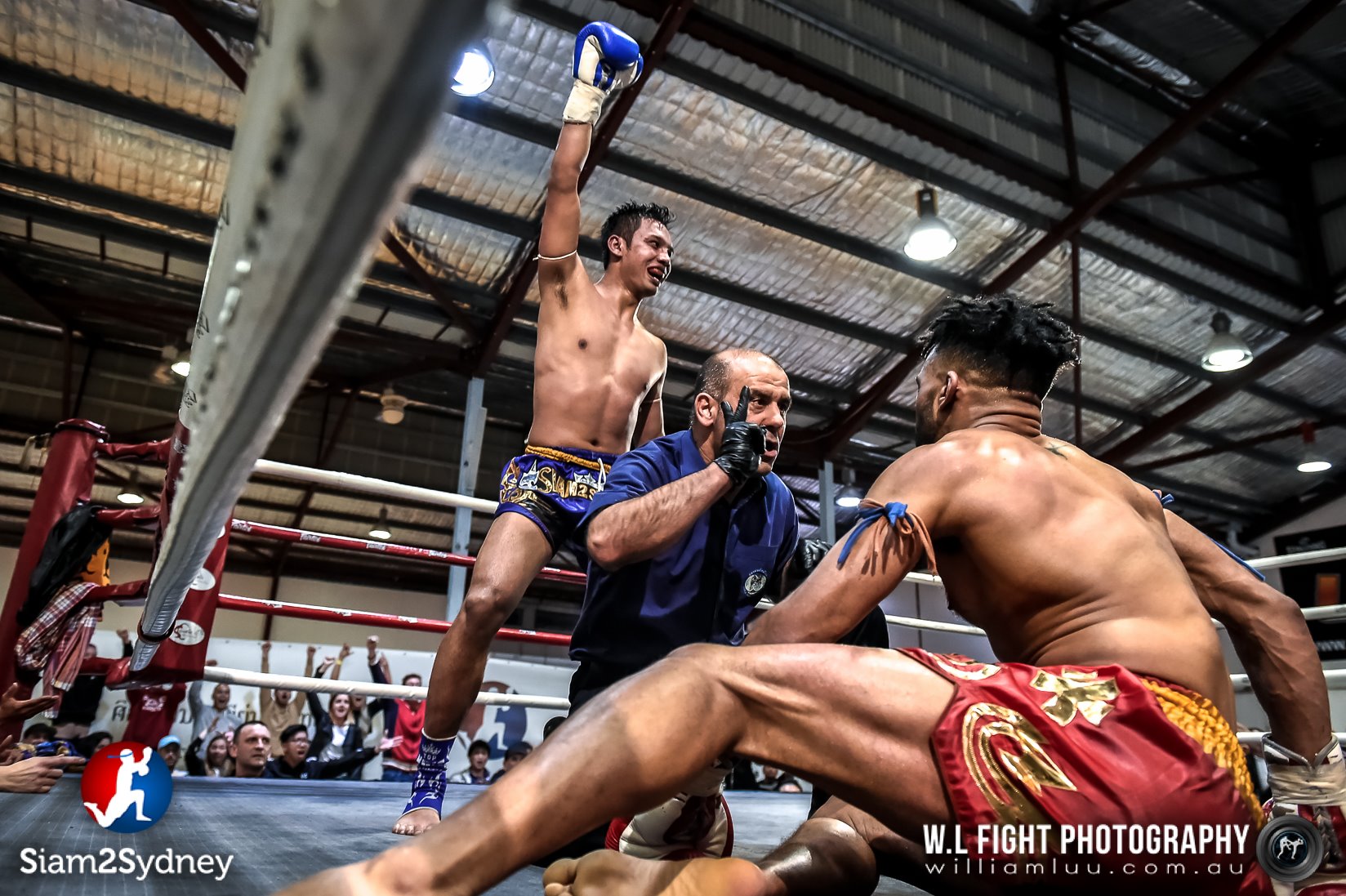 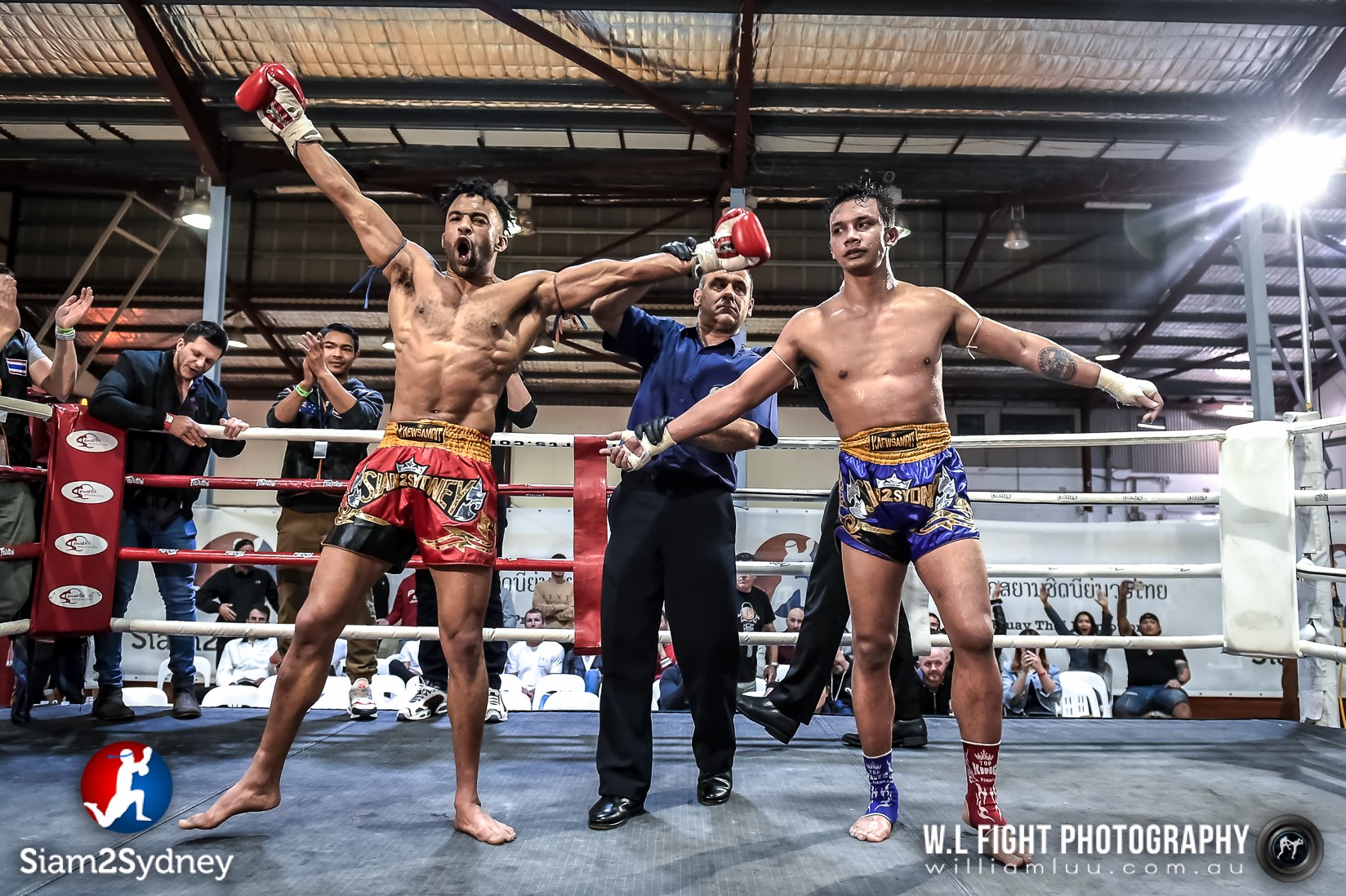 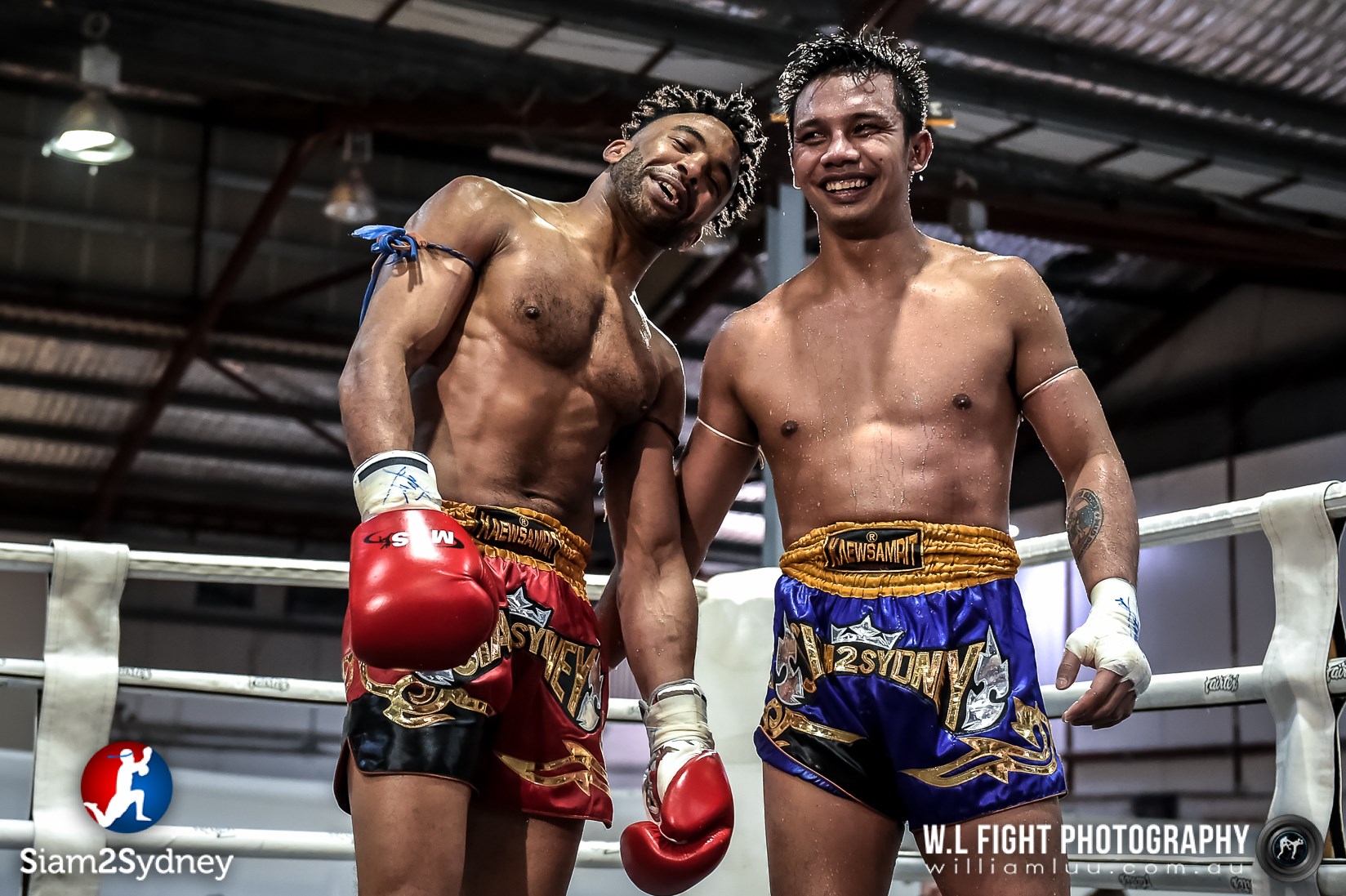